Working with my Lindeman crawler

Show us pictures of your JD crawler and attachments.
Post Reply
8 posts • Page 1 of 1

Working with my Lindeman crawler

While I'm already posting things about working ON my crawler, I thought I would also share some photos from earlier this spring of working WITH my crawler. .............


There is an area out behind my barn that looks like someone had started to level off .. maybe to put up another building ?
They dug into a raised area on the north side leaving an embankment about 20 foot long.
The embankment is about 1-1/2 foot high in the center and tapers down to the ground at each end.
The dirt that was dug out was then dumped in a pile on the south side of the leveled off area.
I'm able to mow along the top of this embankment and along the bottom of it but that still leaves a strip of tall weeds that I can't cut down with the mower
so I decided to use the Lindeman to dig the mound of dirt back up and fill in the embankment.


Up until 2001, I used this little crawler on a regular basis for doing yard work and maintaining the gravel driveway.
I lived up in northern Michigan then and so I also used it to knock down the snow banks in the winter when they got to high.
I live in southern Indiana now and so far, there hasn't been any snowfall that I couldn't clear off with a broom.
I retired the crawler in 2001 and haven't done any work with it since then.


The reason that I no longer work with it is because it is 75 years old and if I brake something in the final drive, it is going to be very hard to find parts and if I can find them ... it's for sure that they will cost a lot more then they did when I first built this crawler up many years ago.
However, this was a very small job and it wouldn't put a lot of strain on the crawler so I decided to go ahead and use it instead of renting a skidsteer.

When I first decided to use it to move the dirt, I hadn't planned on taking any photos so I don't have any that show what the embankment and the dirt pile looked like before I started.
About half way thru the job, I got to thinking .... because I haven't worked the crawler in 19 years and I'm not likely to work it again, this may be my last opportunity to get photos of it actually being used.
I got my camera and took a couple of shots.


I have this ripper for an Agricat crawler that is a future restoration project. 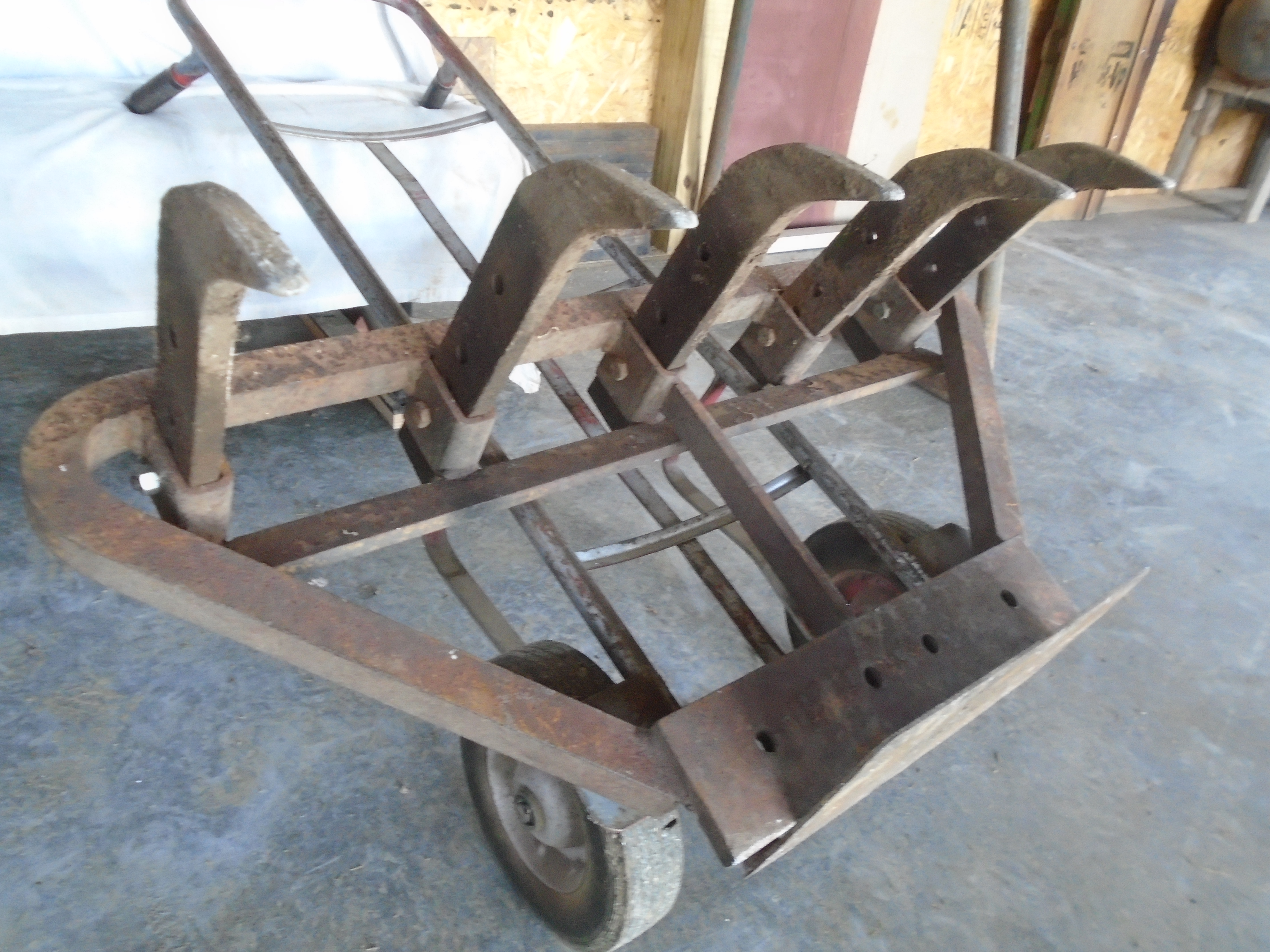 I fastened this ripper onto the forks of my lift truck and used it to loosen up the pile of dirt. Here is a photo of the crawler ready to take another bite out of the dirt pile. And ready to dump the load of dirt. This is what the area looks like now where the dirt pile was.
All that is left is to pick up a few big rocks that showed up. Of coarse ... after I used it to do all that digging in the dirt, then I had to spend about an hour getting it clean again. Nice. It got the job done. I have never seen one with a loader on before. And that has to be the smallest motor grader I have ever seen.

Stan
There's No Such Thing As A Cheap Crawler!

Thank you .
They never made a loader for the Lindeman crawler.
The loader is off an old Massey Harris Ferguson tractor and I adapted it to fit on the crawler.
Ray

That was really cool, thanks for posting that.
Josey
Minneapolis, MN
440ic Rookie
Top

How do get that started with the loader on there?
Top

This has an electric starter on it.
Ray

My daughter was down visiting me this last weekend and she took a short video of the crawler.
While we were doing this, it dawned on her that this crawler is only one year older then I am.

Users browsing this forum: No registered users and 7 guests